In Which paleo Messes With Evil 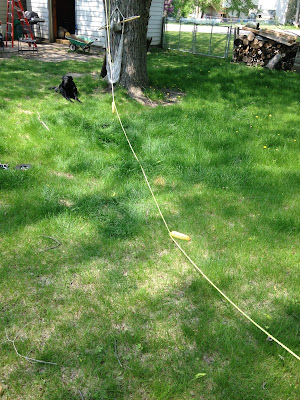 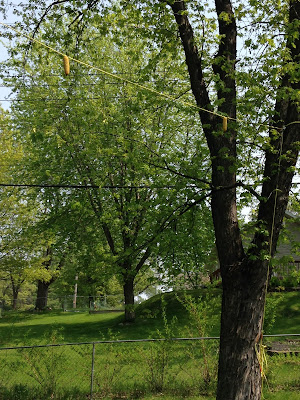 Every country in the world, save us, should get together right now.

Have a nice spare rib dinner, with sauerkraut, sauteed cauliflower colliettes, and fresh salad, kale, radishes, scallions, and a basil-infused olive oil with strawberry-apple cider vinegar. Finish with a nice snifter of Amrut.

And then turn the surface of the United States to glass.

What may provoke paleo to continental annihilation this time?

No. Actually, this morning's desire is due to television.

Newton Minow was early in describing TV as a vast wasteland - were he alive today, he'd be really, really, spectacularly old. Oh, and speechless. Because really, really, holy fucking old. TV in the United States may not take the actual prize, but we do suck. Nineteen Fondlings and Counting***. Jimmy Fallon. Seven different cake shows - 216 wedding shows - coming soon: The Divorce Show with Kim Davis. The entire TruTV network. We're no shrinking violets when it comes to digital quaalude.

But Imma thunkin' this is a new level.

Arranged.
After seeing the commercial, oh yes I did have to look up this broadcast venereal disease.


In “Arranged,” three couples from different cultural backgrounds have one thing in common – the belief in arranged marriages. From a young Romani gypsy couple in New York City, to a southern couple from the Bible belt, to a couple raised by traditional Eastern Indian parents living in Los Angeles – these brides and grooms don’t just marry each other, their unions include their entire family. Viewers will see each couple’s relationship from the lead-up to their weddings, to the several months after the reality of married life sinks in.

Even though the marriages stemmed from the heart of their culture, the marital stakes are heightened as the couples do not have the level of intimacy common in most modern marriages. For some, it will be tough to give up their independence and their new roles as husband and wife prove to be more than they bargained for. Pregnancy scares, money concerns and over-protective parents will add even more stress to an already overwhelming situation. Viewers will learn compelling relationship advice as they watch these unique journeys and find out if these couples hold the key to a long-lasting marriage by being arranged.

to the several months after the reality of married life sinks in?

the marital stakes are heightened as the couples do not have the level of intimacy common in most modern marriages?

Viewers will learn compelling relationship advice as they watch these unique journeys and find out if these couples hold the key to a long-lasting marriage by being arranged.?

In a number of my kultursturm posts, I'd now pivot, I'd say let's ignore the unbelievable underlying fundamentalist religion crap, the control issues, the wild goddam misogyny, and attack a a prime mover if one seemed detectable. Nope.

The fundamentalist religion crap, the control issues, and the wild goddamn misogyny ARE THE PRIME MOVERS. Jesus H Christ playing piano at the Bunny Ranch, this is GENUINELY SICK.

The couples pushed together, undoubtedly at the behest of religious leaders, by cultish parents, do not have the level of intimacy as a couple who went out, willingly, to White Fucking Castle, and Jellystone park, and then figured out they own bad selves how to proceed. I know, what a stupid fucking notion. Couples holding the key to a long-lasting yada yada in an event they had no play in?

Children, and particularly in our society, young women, are not a commodity, to be traded or used as bargaining chips for family mergers. These young people will, must, have to, at some point, unless the new married couple is locked in Daddy-In-Law's basement, grow up, and they are soon going to, have to, must, do some self-evaluation.

So, yeah, the makers of this show? Find a nice, quiet, island. Google maps, your friend. Pack up, move there. Take up cannibalism.

Again, we've been here. Nineteen Assaults and Counting. The show, in and of itself, is NOT the reason the United States needs to be leveled and the earth salted.

The commercial was for ARRANGED: S2.

*also Clapton's worst album, it sounded as if he difficulty with the solos
** I mean, go for it, you meth-addled plastic-surgery-addicted sociopath with a bright future of decaying in a rocking chair while Gargle argues with you and needs to keep plunging the blood in the shower
***so, that was on for what, 3 years, times average 22? episodes, times 39.42 people in the house, ummm, carry the pi, HOLY GODDAMNIT THAT SHOW WAS ON FOR 24,007 HOURS. GAHHH.
Posted by Rev. paleotectonics at 10:54 AM 3 comments:

Email ThisBlogThis!Share to TwitterShare to FacebookShare to Pinterest
Labels: Asshole(s) Of The Day, Humanity Is Wasted On Humans

As pointed out by OBS in the previous comments (and now verified by me), Toyotas are apparently beasts - the truck moved 4 feet before anything useful was bent. It ended up being solely body work. And the car owner's insurance was current, so other than inconvenience and a near aneurysm, it's all good.

Now, I've received the police report. As of a few days ago (when the report was received), the other screwball has not been found. As far as the young lady, no, Imma not out her. But, the facts of the case:


Lady, I'm sorry that the dude beat you, I'm angry AS HELL you drove through yards in residential neighborhoods, pretty damn unhappy you hit my truck. Shocking, I expect. But shit, you've torched yourself, and you're still so damn young.

Please take the opportunity to realize that, hey, this is fucky, gotta fix it.
Posted by Rev. paleotectonics at 10:49 AM 1 comment: